At 1.58 metres (5 feet, 2 inches) Najat Haddouch is small of stature but great in deeds. Her life story and her professional career make this clear. Najat does not like to see a deed half-done. The seeds of her inner drive and persistence were sown in her youth. The third of six children in Morocco, Najat (born 1974) received a traditional education. Her family moved to Zwijndrecht, just south of Rotterdam, where she grew up. Her parents allowed her to continue in school. Even so, her teachers invariably told her that she was not meant to study because she would have to marry young and have children. They convinced her parents that she should study home economics. Najat felt that she was being held back against her will. This period in her life convinced her to wrestle free of a self-fulfilling prophecy and to go in search of freedom and autonomy.

When – true to tradition – Najat married at the age of nineteen, she discovered that her marriage also offered her little space for growth. In 1996, she was hired to work as a nurse. Yet there was no one in her surroundings with whom to share the joy she felt. Najat worked for four years with great pleasure. She was much appreciated by her co-workers and loved helping people bring greater value to their lives. Alongside her work she continued her personal growth by returning to higher vocational training in social and mental health care supplemented by extra coursework in physical and mental health. In so doing, she opened up to various forms of alternative medicine. In 2008, Najat began studying Islamic medicine and discovered hijama. She learned more about this traditional form of treatment – as yet unknown in the Netherlands – and came to the conclusion that it had wrongly been forgotten. 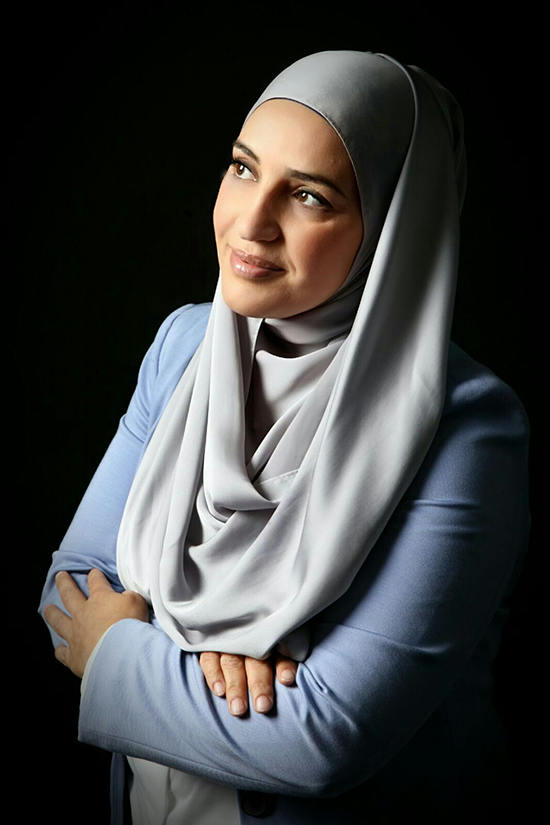 In 2009, Najat’s life took a dramatic turn. After sixteen years of marriage, she decided that it was time for her and her daughter to go it alone. Furthermore, following a reorganisation at her work, she was made redundant and faced with the choice of dismissal or continuing in a different department. But Najat chose to view the “crisis” as an opportunity. At this turning point, her experience in mainstream medicine and her Muslim faith converged: “Fate (walhamdulilah) took me to the path of hijama. Since 2008, I have been treating women alongside my work in health care, and I decided that this was the road I must follow. I wanted to make a difference and, especially, to help other women to stand on their own two feet.” Najat opened the first hijama (cupping) and ruqyah (spiritual healing) practice in the Netherlands. As a result, she can easily be viewed as one of the founders of hijama in the Netherlands. She rented an office and started without any clear plans. But, within one year, her little practice grew to be one of the largest of its kind in the country.

Najat has achieved a great deal, but still sees many challenges. She wants to spread her unshakable belief in a holistic approach to health from an Islamic point of view. She wrote a book about hijama and gives courses online. She has travelled around the world, taking courses in the US, London, Egypt, Morocco, and China. Her growth strategy has included the establishment of a hijama practice in Morocco and a private foundation. “I believe that it is everyone’s task to play a meaningful role in other people’s lives. That is why – in addition to my work as a board member and co-founder of the Daar el Aftaal Foundation dedicated to underprivileged children in Morocco – I created a private foundation, the IMAN Foundation, in 2016. IMAN stands for Islamic Medicine Academy Najat, but the word iman also means “faith” in Arabic. And 10% of the revenues from my company go straight into the foundation. In this way, I hope to help underprivileged people around the world to create a better life for themselves.”

In her journey as a single working mother, Najat is an example and a coach for women – Muslim and non-Muslim – who want to be independent and self-reliant. Najat has an eye for all aspects of the human condition. Her education and experience coupled with her unique holistic method based on Islamic tradition make her practice a wonderful place for women who want to restore their health and the balance in their lives.